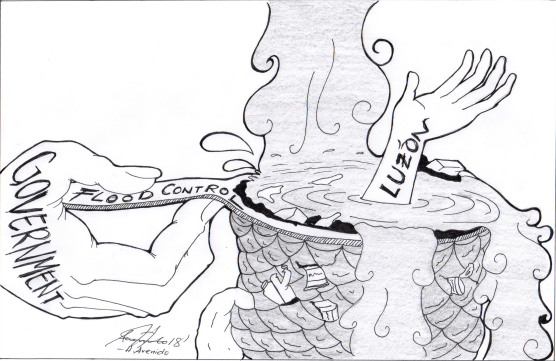 Two years ago, the honors dormitory was still a plan. The idea was to open the gates of Silliman education to the best and brightest young minds who are unable to afford board and lodging.

Today, the Rolando Villanueva del Carmen Hall opens its doors to eight scholars in pursuit of their dreams through the university. Scholarships and other forms of financial assistance do more than bridge the gap for those who cannot afford higher education; they also can be the driving force for excellence, especially when the general requirement for scholarships is based on grades or academic ranking.

Academic achievement has always been put on a pedestal. It is the source of pride of Filipino families, the gauge of a promising future.

However, this glorification of academic achievement was challenged when the theory of multiple intelligences was introduced in 1983 by Dr. Howard Gardner. Students who used to feel like they failed to measure up to society’s standards found their strength in different intellectual abilities.

With this in mind, the Weekly Sillimanian has realized that opportunities for educational assistance in Silliman University (SU) are still limited to the academically inclined.

While there are scholarships for non-academic skills like the music scholarship, Elsie the Nichols-Aguilar Scholarship for incoming first year students in Speech & Theatre Arts, and service scholarships (aid to athletics, band members, campus choristers, and dance troupe members), these are few compared to rank-based scholarships that prioritize mostly STEM (science, technology, engineering and mathematics) courses.

Also, a general criterion for most scholarships is to be ranked in the top five of their graduating class.

There are undeniably many opportunities in SU to avail of financial aid, and it is not wrong to concentrate on in-demand fields of study; but the Silliman community should reconsider the scope of inclusivity of these privileges.

A student that ranked sixth in his class can be just as deserving as the class valedictorian. Students that do their best in class but find their strong suit outside the grading system—as artists, musicians, athletes, volunteers or leaders in the community—deserve as much opportunities as the academically competitive.

tWS believes that SU can always do more as a leader in holistic education by re-assessing the criteria for scholarships and encouraging more donors to invest in different intelligences.

Catering to multiple intelligences will not lessen the value of scholarships, but it will reflect the Silliman community’s definition of who are the best and the brightest.