After “Heneral Luna” in 2015, the team behind the historical biopic has replicated its massive success with “Goyo: Ang Batang Heneral,” in Silliman University which is gearing up for a release on September 5. 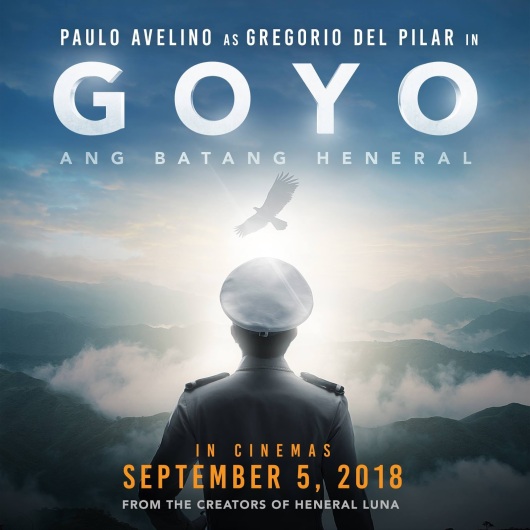 According to one of the Goyo Production representatives Dahpne O. Chiu, “The success of Heneral Luna led us to making more films aside from the hero trilogy. Goyo: Ang Batang Heneral is the second installment to the hero trilogy that TBA Studios is now doing.”

Goyo will depict lessons of the Filipino history that explores the life of Gen. Gregorio del Pilar. He is one of the youngest generals during the Filipino American war. Like the 23-year-old general, it’ll explore how the struggle of the youth of the past will help the Filipinos move forward towards the path of heroism.

Goyo Production started after the success of Heneral Luna. When Director Jerrold Tarog started to do research and script outline, he called award-winning writer Roy de Vera to co-write with him and de Vera noticed that the scope of Tarog’s script needs large manpower.

Behind the scenes, Chiu shared that there are a lot of Americans, natives, soldiers and even the staffs that needed to be a cast on the film. She added that they built sets in Tarlac, shoot in Zambales and Mt. Balagbag in Rizal for 26 days during a rainy season.

The production team reached 900-1000 people who needed to be fed every shooting day. Their team finished this film for 60 days in a span of eight months.

“If this film is a success and I know it will, we’re gonna have the third one and it’s gonna be the Manuel L. Quezon film,” said Chiu.

The Bayani Ba ‘To? Being X Becoming Roadshow was brought by Dakila, an organization of passionate individuals building a movement of heroism towards social transformation.