Valentine Songwriting Competition 2018 is just around the corner. Before we listen to their very relatable-music and #nakaka-LSS entries this Feb. 14 at Luce Auditorium, let us get to know first the #hugot of the 10 songwriters and take a glimpse of the stories behind their lyrics and melodies.

Here is some information about our student composers with a line or two of their songs:

…Although you think you found the one, it doesn’t mean they are one… 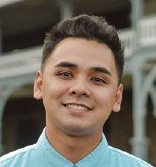 He shared that the song, “Deep,” is about a relationship that lasted for years but came to an end because a girl cheated on a guy and fell out of love. “Actually, I wrote this in my ex’s perspective because I was the one who left. “Although I didn’t cheat on her or leave without a proper reason, it was the fact that we lasted five years and then I had to make the decision to end things. It seemed like no matter what reason there was to leave, five years was something an explanation can’t return,” he added.

“Everything I Ever Need” by Kyle Shem Montealto

Kyle dedicates this song to his special someone and the special adventure that he went through in order to finally meet her. “Up until now I’m still amazed how the Author of life created the adventure before we met.”

Kyle said the lines “One day I’ll see…” symbolizes the finality of their story after going through the first stages of becoming one with his lover to conquer the future.

Kyle is a 20 year old 5th Year Computer Engineering student from Cebu who grew up in the United Arab Emirates.

Renemar Sedilles, a third year social work student, was inspired to write ‘Pagya’ because of the love story of a good friend who fell in love with his best friend. He said they eventually developed their feelings for each other through their friends’ constant teasing.

“I think many millennials, especially my fellow students, can relate to this because we live in [an] environment where we always ‘pagyapagya or sunlog-sunlog’ our friends and that some eventually develop their feelings because of it,” Sedilles said.

While writing this song, Lori wanted to take love in a different angle. She wanted to write a song that was more than the usual “dreamy feel[ing]” that she always hears.

In this song she wanted to prove that being “Pareho” in certain things with a significant other can be a cause of quarrel.

“Because even if they like certain things, they have different ways on how to get it, making them have a little or big fight.”

Lorie Soriano is a 23 year-old graduate from the College of Mass Communication and is currently studying again in the College of Education in Silliman University.

…I keep minding your business, ‘coz I got no life
Yeah you were mine not once but twice…

When Enzo wrote “Happy Place,” it was a mixture of feelings. After completing the song, he found out that it had a
story line: two star-crossed lovers who are looking for a secret hideout where they could reflect on everything.

He also said that this song would be a reminder for those who have forgotten to put themselves first.

“It could be a reminder [of ] how important ‘Self Worth’ is.”

Enzo is a Speech and Theatre student from the College of Performing and Visual Art who loves every form of art.

…Let them out. I’m talking about your fears.
You don’t have to drown in all your tears…

Raymund Facturan, a third year psychology major, and Clan Porgalinas, fifth year mechanical engineering student, were band mates since high school. They usually write their own songs and play them in their gigs especially during debuts and birthdays.

For ‘What Might Be,’ Porgalinas and Facturan shared that they drew inspiration from an anonymous confession on Facebook of a guy regretting some decisions he made about his love life.

“It was the most heartbreaking story we’ve read so we decided to make a song out of it,” Facturan said.

“We came up with the song when our bandmate started playing a riff that he made and I thought of writing a song based on that confession on Facebook and the riff that our bandmate made,” Porgalinas said.

…Do the stars need to align? Or do we wait for a sign
‘Til we’re stronger, older, wiser?…

Through this song, Emerald wanted to emphasize that hard work and the right timing truly pay off when one looks for a good relationship.

“..Most people think that there’s only an external locus of control (like fate or destiny) and leave it to that instead of doing hard work…”

Emerald said people tend to wait for signs like a “special go signal” from the universe that a couple is meant to be but as you grow older you realize that something will truly work if you put in the effort and commitment into the relationship.

Emerald is a junior medical student. She had been joining the Valentines Song Writing Competition with her husband during their undergrad years.

Samuel was puzzled why most couples stop staying together even after so many years. They seem to break it off no matter how long they have stayed together. He never stopped wondering what made them decide to stop loving each other.

“Did it get boring? Or do people just get up one day and decide that they want a change of partner?”

He may not have the answers but he hopes this song serves as a reminder (to those who are thinking of breaking up) about the vows and commitments that a couple promised each other.

“It’s also for people who are ready to close in on the deal and tie the knot with someone they care about.”

“Be With You” by Tzed Generoso

…I have found the woman, the one I want to share the rest of my life with. I wanna be that someone, someone you’d be afraid of losing ohh how good it is to be loved by you…

Tzed Generoso, fifth year mechanical engineering student, said that he penned his song, ‘Be With You’ to express what he feels for someone he loves.

“I just want to express what I feel for someone I’m in love with and I wrote her a song,” Generoso said.

“I’m a huge fan and I was rooting for her but unfortunately, she didn’t win which led me to compose this song to express my admiration for her and that she doesn’t need a crown to be loved by us, her fans.”