Law and Junior High School champions in the Law Oratorical Competition delivered speeches on why extension of martial law in Mindanao is essential and why International Supreme Court (ICC) cannot validly acquire jurisdiction on the alleged extrajudicial killings in President Rodrigo Duterte’s war on drugs.

Four junior high school contestants from different schools in Dumaguete City delivered their speeches based on the question: “Is it prudent for Congress to extend the declaration of Martial Law in Mindanao until the 31st of December 2017?” 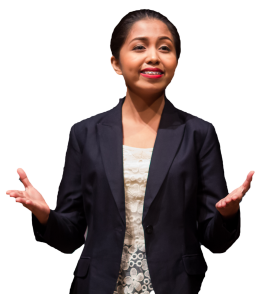 “It is just prudent for Congress to extend Martial Law for we can’t say that the Maute and the ISIS are the only groups that we are facing against, a lot of sympathizers are slowly surfacing, and in my observation, most of the evacuees from the battle of Marawi as reported by the media, are old people, mothers and children,” Doa said.

She said further that Filipino people won’t be able to win the battle against those who want to break them apart if they are at war within themselves. She emphasized the need to trust “our people” to withstand dangers.

She ended her speech by challenging Filipinos, saying:

“The abuses of the past Martial Law will never be forgotten and even forgiven, but a developing and a strong country must have enough faith and trust in itself. With this belief, I pray that with the extension of the Martial Law, the nightmares and the horrible stories of the Marcos regime will no longer haunt the stronger, the more resilient and the wiser Filipinos of today.”

On the other hand, seven participants from Law school category based their speeches on the question: “Can the ICC validly acquire jurisdiction on the alleged extrajudicial killings on President Rodrigo Duterte’s (PRD’s) war on drugs?”

Grand champion from Foundation University, Aiza Marie S. Limosnero-Hidalgo, was on the negative side.

Extrajudicial killing is defined by law as the imposition of death without the sanction of judicial proceedings or legal process,” she said.“None in the records of the police is justifying this claim as far as the accepted definition of EJK is.” According to her, present statistics of casualties in the so-called war on drugs is increasing at an exponential rate, not to mention those believed to have been part of the collateral damage.

She also said that the ICC has jurisdiction over most serious crimes, such as genocide, crimes against humanity, and crime of aggression. However, it can only assert that jurisdiction if local authorities fail to investigate or prosecute the crimes.

She continued, “Two of the most applicable time-honored principles in cases such as this, are the state immunity from suit and principle of complimentarity. As defined, the principle of complementarity states that the crimes should be investigated or prosecuted domestically first before this can be elevated to the ICC.

According to her, the state immunity from suit is a safeguard afforded by the state in its exercise of sovereignty on matters relating to its internal affairs. The Philippines at all times should exercise its sovereign power to the state and shall not be violated by any international bodies, countries, or tribunals.